Due to the popularity of the Pine Needles Invitational, the tournament field is typically oversubscribed. Priority is given to past players. Invitations will be emailed after the New Year with entry forms accepted after invitations are sent.

Congratulations to our six-time Champions, Brian Westveer of Charlotte, NC and Scott Harvey of Kernersville, NC, for their victory in the Open Division.

Sherrill Britt and Keith Waters won in a sudden-death playoff on the 1st hole over Dean Channell and Daniel Neveu in the Senior Division. This is Sherrill and Keith’s first team victory in the Pine Needles Invitational.

Format: 54 Hole Medal Play at Scratch. The field will be cut to the low 48 teams split between both divisions following the second round. The Consulation Round will be played at Mid Pines Sunday Morning.

Divisions: Open Division & Senior Division (both players must be 50+) 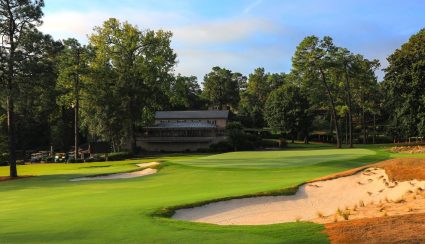