This article originally published on ThePilot.com on April 3, 2019. 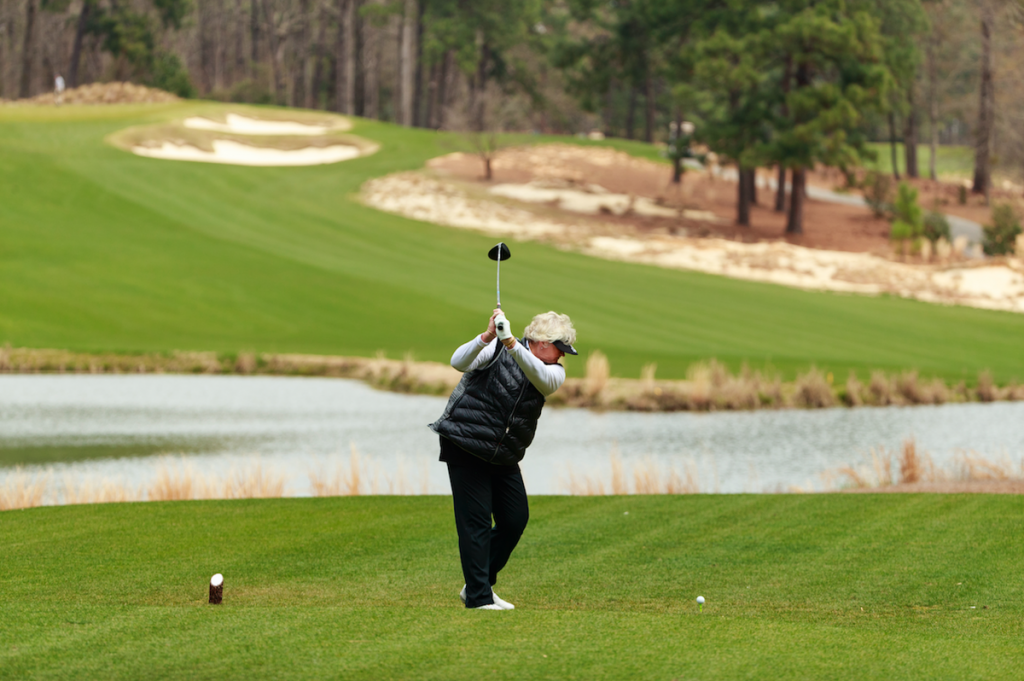 By Laura Douglas, The Pilot

The defending U.S. Senior Women’s Open champion had dropped by to play a round at the home stomping grounds of the grande dame herself, the late Peggy Kirk Bell, in anticipation of the 2019 U.S. Seniors Women’s Open Championship.

“This is a great championship to have here. It is important for us, for women’s golf and for our community and state,” said Kelly Miller, president and CEO of Pine Needles and Mid Pines.

Bell, who died in November 2016 at the age of 95, bought Pine Needles and Mid Pines across the street, on Midland Road, in 1953. Together with her husband Warren “Bullet” Bell, the couple grew them to an enormous golf presence in Southern Pines.

Her crowning achievement was getting the USGA to bring its prestigious U.S. Women’s Open championship to the Donald Ross-designed course at Pine Needles in 1996, 2001 and 2007. Last year the club announced it will again host the Women’s Open in 2022.

But there’s something special that will happen during the 2019 Senior Women’s Open. Rather than packed stands and huge crowds, this event is expected to provide a far more personal experience for players and spectators alike.

“Instead of behind ropes, fans will get to walk behind these ladies like how it was in the early days of tournaments,” said Phil Werz, president and CEO of Pinehurst, Southern Pines, Aberdeen Convention & Visitors Bureau. “It speaks to the roots of golf.”

From a fan’s perspective, it is the perfect venue to better understand what Donald Ross, Peggy Kirk Bell and Pine Needles have meant to the game of golf.

“There is so much history here. This event will only magnify that,” Werz said.