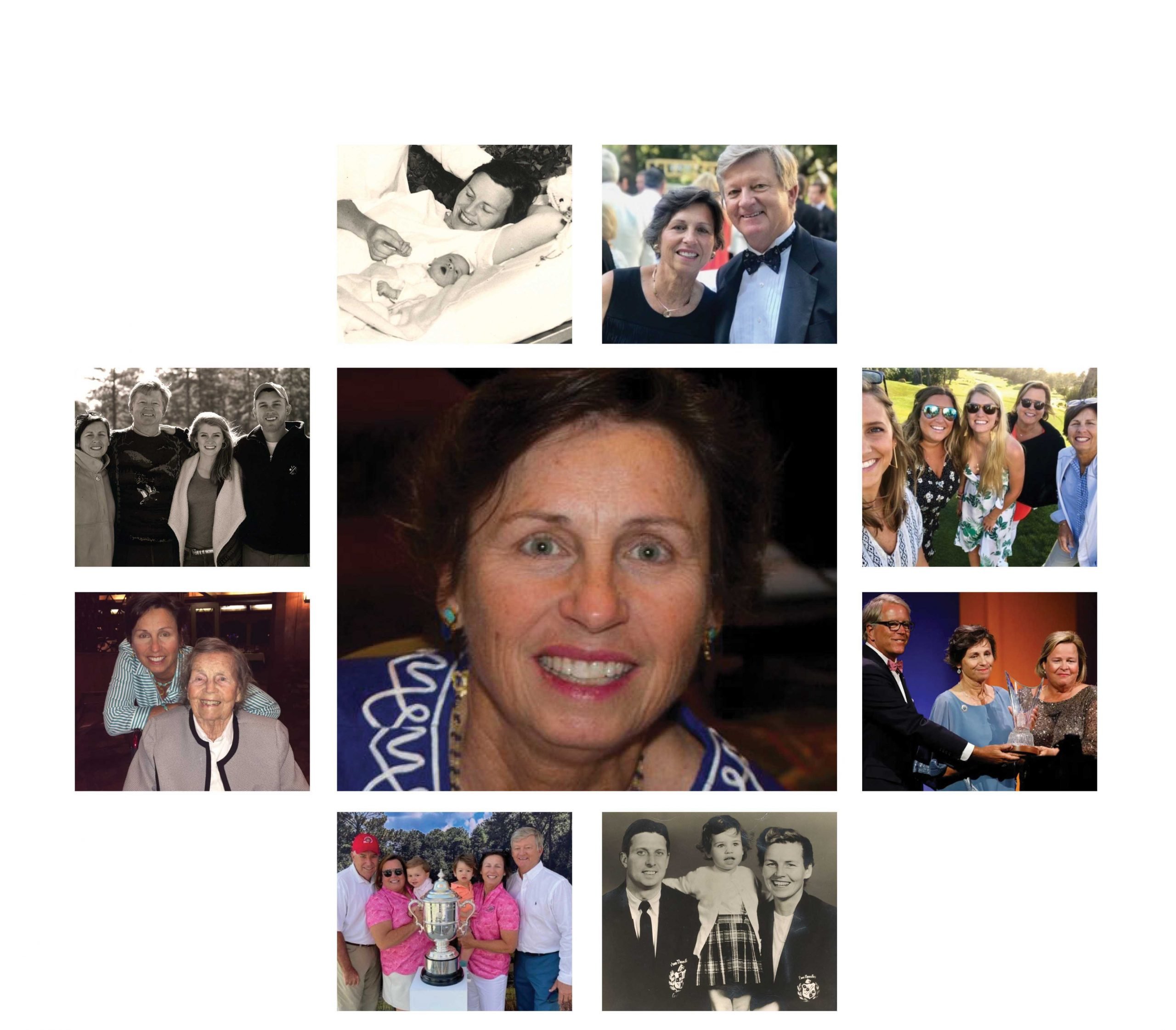 [video width="1024" height="576" mp4="https://www.pineneedleslodge.com/wp-content/uploads/2023/01/BonnieVidSM.mp4"][/video]   Southern Pines, NC – Bonnie Bell McGowan, the eldest child of LPGA founding member Peggy Kirk Bell and an institution herself in the golf instruction and resort management business at her family-owned Pine Needles Lodge & Golf Club, passed away peacefully January 12, 2023 with her family by her side. She was 68 years old.  Bonnie and her sister Peggy Ann and brother Kirk grew up in the golf business as their parents, Peggy and Warren “Bullet” Bell, began running the Pine Needles golf and lodge operation in 1953 with Julius Boros and the Cosgrove family. Five years...

[caption id="attachment_6615" align="aligncenter" width="763"] Pat and Bonnie McGowan with Futures National Division Champion Caroline Hawkins (center)[/caption]   The Peggy Kirk Bell Girls' Golf Tour (PKBGT) was founded in 2007 by Girls Golf of America, a non-profit 501(c)(3) charitable organization, with a simple concept: create more effective competitive playing opportunities for girls. By utilizing innovative yardage-based divisions instead of the traditional age-based format, the tour focused on developing tournament experience at the player’s pace.  The 2021 season features over 130 tournaments in 11 states on the East Coast, and with over 1,100 yearly participants, the PKBGT is the largest girl’s only tour in the country.  The...

Southern Pines Golf Club, a vintage Donald Ross-designed course dating to the early 1900s, is now under management of the company that owns and operates the Pine Needles and Mid Pines resorts nearby and will eventually be acquired by that same company....

In my imagination, I walk over to my bag and reach in and take the head cover off of my driver. I pull the driver out and walk over to the tee. I reach in my pocket and get a tee. I tee up my Maxfli 1 with the name facing the target. I walk behind the ball and pick out my imaginary line from the ball to my target. I’m visualizing a line 24 inches long - 12 inches in back of the ball to 12 inches beyond the ball, pointed in the direction over which I expect to...

Peggy Kirk Bell would’ve fretted over her World Golf Hall of Fame speech. She was that way with all her speeches....

This article originally appeared on USGA.org on May 19, 2019. By Scott Lipsky, USGA Throughout her three-decade career, Helen Alfredsson has won wherever she’s played. A major champion. Seven wins on the LPGA Tour. Eleven victories on the Ladies European Tour. And now, she can finally add USGA champion to her list of accolades. With a final-round 72, Alfredsson, 54, topped Trish Johnson and Juli Inkster by two strokes to capture the 2nd U.S. Senior Women’s Open Championship on Sunday at Pine Needles Lodge & Golf Club, with a 72-hole total of 1-over 285. “Just to have something USGA, it feels very nice. Since...

Armed with a lifetime of experience on the golf course and on the practice tee, Donna Andrews will compete in the 2nd U.S. Senior Women’s Open Championship this week with an often undervalued commodity: perspective....

16 Apr The Camp Spirit Lives On

Fifty years ago, Peggy Kirk Bell started Youth Golfari as a way to get kids involved in the game of golf, while they experience a week of fun unlike any other. She and her husband Warren “Bullet” Bell ran the camp together, where she was one of the lead instructors and he ran the day to day operations. Over the years their own children attended the camps, but every kid felt like family. Peggy Bell Miller, daughter of Peggy and Bullet, started attending the camp herself at age 10. Back then, families would come together and the kids would stay for a...

Southern Pines, English golfer Laura Davies crushed her tee shot. The defending U.S. Senior Women’s Open champion had dropped by to play a round at the home stomping grounds of the grande dame herself, the late Peggy Kirk Bell, in anticipation of the 2019 U.S. Seniors Women’s Open Championship....